Home » Blog » The Science of Architecture: How Design Affects the Way We Feel

When we’re inside a building, whether it’s a science lab, library, or the office where we work from 9 to 5, it’s easy to see things solely in terms of its function. It can often seem like the interior of any construction’s four walls takes centre stage as the most important aspect of a design. In this regard, a building’s architectural merits often fall by the wayside in comparison.

After all, we’re always told it’s what’s on the inside that counts. In practical terms, this may be true, but it’s important to remember that architecture is so often built around those who dwell inside. It has the ability to affect and influence our emotions and perceptions through factors such as space, light, and geometry, right down to the very materials that are used in its construction. It isn’t just an instinctive feeling either, scientific research has shown that certain cells in our brains’ hippocampal region attune themselves to the places and spaces we inhabit.

But what of the particulars of architecture and how it affects us? What aspects of a building’s architecture do designers look towards when creating an emotional response in those who gaze upon them?

It’s possible that you might not have given the height of a room’s ceiling a second thought, but the distance between a person and a room’s highest point can have distinct impact on someone’s thoughts and actions. Higher ceilings, such as those in art studios, may foster free, abstract thought processes, while lower ceilings allow for a more specific, focused view of things. In places such as operating rooms, it makes sense from a design perspective to have lower ceilings where things require the utmost of attention. 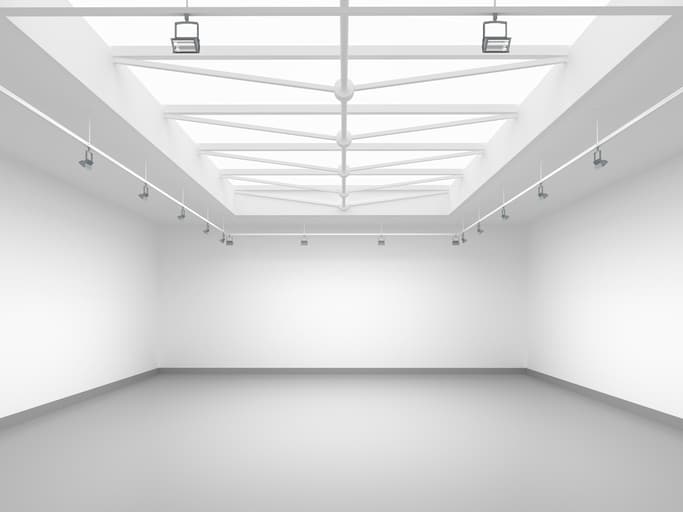 Consider the view from your lab, office or local library. What’s on the outside can have a major effect on how distracted you get. If it’s lush greenery such as fields, trees and bushes, you probably stand a better chance of focusing on the task at hand, whether it’s conducting lab work or getting stuck into a good book. Far from the distraction you might think they are, studies have shown that views of natural settings actually serve to improve a person’s focus.

If the building is located in a more urban setting, where nature is comparatively scant, it’s been proposed that these busier environments can be much too stimulating to stay focused.

Even something as simple as the interior colour of a building can affect our mood and perceptions. Take, for instance, the design choices in a restaurant. Somewhere that wants you to stay and enjoy yourself at a leisurely pace will opt for warm colours cast in soft light. In contrast, an eatery where you’ll be hurried along will go for harsh lighting to get you to move on.

Accordingly, the colour palette can invoke a particular mood or emotion. Blues and white tend to bring feelings of serenity and calm, orange is stimulating and encourages enthusiasm, while accents of green can help to alleviate stress.

Similarly, the way a building is lit changes our feelings and emotions too; bright lights, for example, heighten the way we feel in both a positive and negative manner. Consider the hue of the lighting too. Blue tinges can make us feel more energetic and alert, allowing for tasks to be completed quickly and more accurately, even after exposure to such a colour has ended.

Natural lighting, meanwhile, has further benefits too. Labs and places of work that allow natural sunlight to flow in have shown to have a more positive effect on workers’ sense of wellbeing than those without windows. Exposure to natural light can increase a desire to exercise more, promote sleep at night and help with our body’s natural circadian rhythms, so that we know when to feel alert and energetic, as well as when to wind down in the evening.

Even the position and direction of lighting serves to evoke a mood or feeling. Lighting above the eye level can create a more formal atmosphere, while a position below the eye level lessens the formality and creates a sense of individual importance. Lighting on the walls and ceiling emphasises the spaciousness of a building, while a lower level of lighting, accented by darker areas free from light invokes privacy and intimacy. 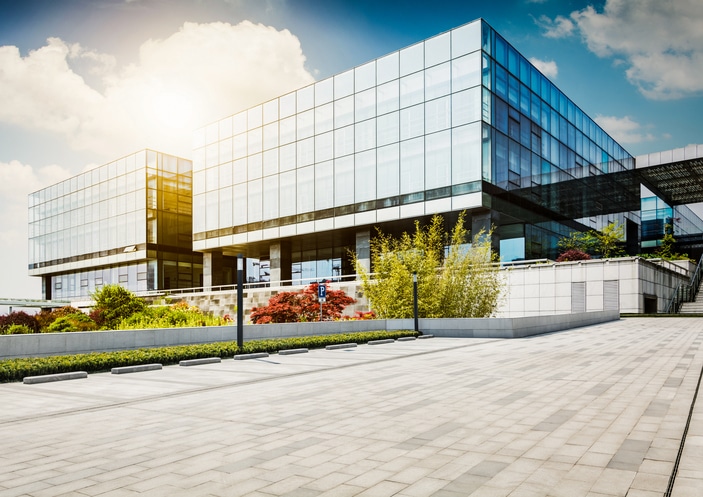 The outside of a building also plays a part in affecting emotional responses. How a building looks can have a psychological impact even at the most basic level; if something looks good, it will likely make us happy. Conversely, a poorly-designed building will have the opposite effect. It can go deeper than that, however. A complex façade is likely to be appreciated, but something comparatively monotonous can be particularly detrimental to some.

Something imposing and featureless, such as a skyscraper or a block of flats, could well cause stress. At least that’s what environmental psychologist Colin Ellard found when he conducted a study on this intriguing curio. Commuters were found to hurry past areas where monolithic, austere buildings dominated. The cumulative effects of being around buildings such as these, particularly for those who live in close vicinity, can be very damaging, too. Oppressively dull environments can actually generate stress and impulsive, risky behaviour.

Something more stimulating, with a sleeker, more elegant design, can impact our mood in a more positive way by comparison.

The interior of a building should be constructed in a way that uses space to its advantage. As opposed to designing something that dictates to the individual how to feel, it will have a flexibility that allows people to experience and explore it for themselves.

To this end, a design has to be mindful of the range of tasks people must perform in their place of work. A variety of spaces, including places for group or solo work, allows for optimal conditions and a more positive working environment. There’s a balance between form and function that designers and architects must take into account, which may prove difficult in the absence of actual prototypes, while budgets and laws can also place restrictions on design.