Home » Blog » The Great Sports Inventions of All Time 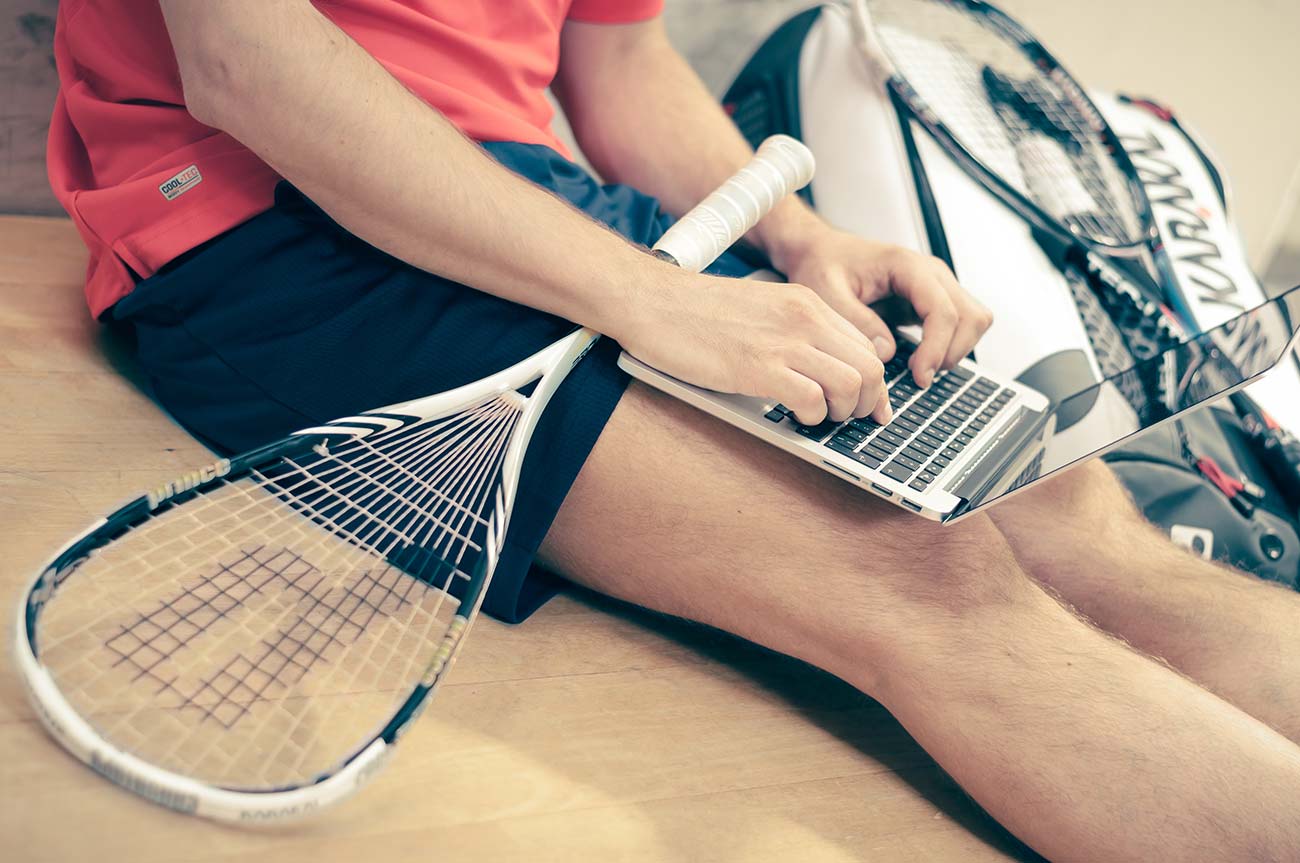 As we approach another great summer of sport, we’re all looking forward to immersing ourselves in the action. Thanks to technological and broadcasting advances, we can get closer to the rough and tumble of the football, athletics and all the other sporting events of summer 2016 than ever before.

With player cams, slow-motion replays and wall-to-wall coverage; we needn’t miss a single second of action. Of course, this wasn’t always the case – back in the day you’d have to venture to the stadia to catch a glimpse of your sporting heroes. And the sports themselves weren’t always up to today’s standards – with our champs having to battle conditions and each other without high-tech equipment and accessories.

So to celebrate the evolution of sport over a century or so, here are the great sports inventions of all time.

Although more commonly associated with the production of video games and special effects-laden films; motion capture technology has revolutionised a large number of sports over the last decade. Used for gait analysis, the technology can capture and record the movements and actions of athletes, helping improve posture, stance and running action.

The far-reaching benefits of motion capture technology include the improvement of the long term health and welfare of athletes. A poor running stance could cause significant damage to an athlete’s joints over many years of abuse, so improved practice could help immeasurably.

For amateur athletes with more modest means, access to a motion capture technology lab may not be realistic. Fortunately, the affordable Moov wearable audio coach offers a number of similar benefits. Designed for use in a selection of sporting disciplines including running, biking, swimming, boxing and weight training; Moov measures running pace, punch rate, pedalling speed and much more depending upon the part of the body to which it is attached.

Users simply download the sport-specific app for their iOS or Android device, and they are fed a wealth of information about their form and performance. The app allows users to set personal goals and chase performance targets.

The greatest inventions are those that stand the test of time, and the cricket ball is certainly testament to that. Whilst footballs are redesigned and improved with alarming regularity, the cricket ball has remained steadfastly the same for close to 250 years – incredibly similar to the initial 1780 design.

Created by Dukes of Kent, the cricket ball has stayed true to its original design: 5.5 ounces of cork, covered with four quarters of leather casing, held together by six pieces of string. A game for traditionalists, there would be absolute uproar if a new cricket ball were ever innovated.

The first record of studded footwear dates back to 1526 in King Henry VIII’s Great Wardrobe documentation. The rotund king owned a pair of ‘football boots’ according to the list, and research suggests that the royal cordwainer (shoemaker), Cornelius Johnson, was ordered to create a pair of hand-stitched books for Henry to wear in games of football.

When the FA created the first official football rules and leagues in the 19th century, studded boots started to become more mainstream with teams recognising the advantage of studs gripping the surface of the pitch. It wasn’t long until baseball players and sprinters started to wear studded or spiked boots for their sporting events, too.

Another invention which surprisingly dates back a few hundred years; the earliest known swimming goggles were used by 14th-century Persians, designed to help protect their eyes when diving for pearls. Records show that these goggles were made up of highly polished tortoise shells.

It wasn’t until the 18th century when glass lenses were incorporated into swimming goggles, innovated by Polynesian divers. However, these crude forms of protective eyewear weren’t always the most reliable, and the lenses were known to regularly fall out during dives and turns.

Even in the 1960s, swimmers were creating their own crude goggles to keep the water out of their eyes. Then in 1972, when goggles became a standard part of swimming equipment, sporting goods companies started developing their own effective and comfortable swimming goggles. Modern variations now boast hydro dynamic and UV protection technologies — a long way from polished tortoise shells.

Although Charles Goodyear’s invention of vulcanised rubber was not made with specific sporting uses in mind, the material went on to revolutionise many ball sports. Rubber balls made from vulcanised rubber and pumped with air were capable of bouncing higher and more consistently on grass – ideal for sports such as lawn tennis and football.

Goodyear spent 20 years trying to perfect vulcanised rubber, an obsession which bankrupted him, led to his imprisonment, and almost killed him  — so it is fitting that his greatest achievement lives on today in the eponymous tyre company and sporting events all around the world.

Again, this invention wasn’t intended solely for sporting purposes, but it has completely changed how and where we all enjoy our favourite sports. The rise of irrigation in the western world in the early stretches of the 20th century opened up a huge selection of green spaces, which previously were not viable, to be turned into sporting sites.

From football pitches to golf courses, all our favourite sporting events were given greater freedom thanks to the wonder of irrigation. Without this invention, the number of participants would have been severely limited by location and access to safe facilities.

A cork board capable of withstanding continuous punctures from darts may seem a pretty basic invention, but it was the layout of the scoring zones which proved so ingenious. Created by Bury showman, Brian Gamlin, for the late 19th-century fairground and circus circuit, the dartboard placed low-scoring and high-scoring sections close to one another to increase the difficulty for the punters.

Gamlin’s dartboard proved so popular that the game soon made its way into public houses and taverns, where it’s still enjoyed to this day. And thanks to flashy nicknames for the professionals and hyperbolic announcers (coupled with free-pouring beer), darts is now one of the UK’s most popular spectator sports. Cheers Gamlin.

And without Gamlin’s intervention, darts would probably still be consigned to fairgrounds and travelling circuses.

This one is just as much for the non-sporty as the sporty.

The heated discussions following a football match can be hard enough to bear at the best of times, with accusations of teams getting lucky or playing negatively thrown about with careless abandon. This was much worse before instant replays were introduced, removing the need for arguments about offside decisions and goal line clearances.

Although officials continue to make incorrect decisions in just about every sport, at least the office know-it-all does actually know more now thanks to instant replays.

All the world’s top footballers seem to boast wonderful stories of their youth in which they were permanently attached to a tatty old football, irritating their neighbours when repeatedly kicking the ball against their wall before smashing through their parents’ prized flower bed. This constant play and practice helped slowly develop their touch, ability and instinct over many years.

The current generation of football-obsessed children could possess a significant advantage, thanks to the Adidas miCoach Smart Ball. Rather than relying on hours of practice to understand and hone their skills, the youngsters will be able to use the data recorded by the ball’s in-built sensors to observe how they strike the ball. Every kick will be recorded, detailing the strike point, speed, spin and trajectory. This immediate feedback could support quicker, optimised development.

InterFocus are specialist laboratory suppliers and furnishers, helping the next generation of scientific minds and innovators create history-shaping inventions. If you’re looking to improve your research and development labs, visit the InterFocus homepage for a full range of services, or call the dedicated team on 01223 894833.